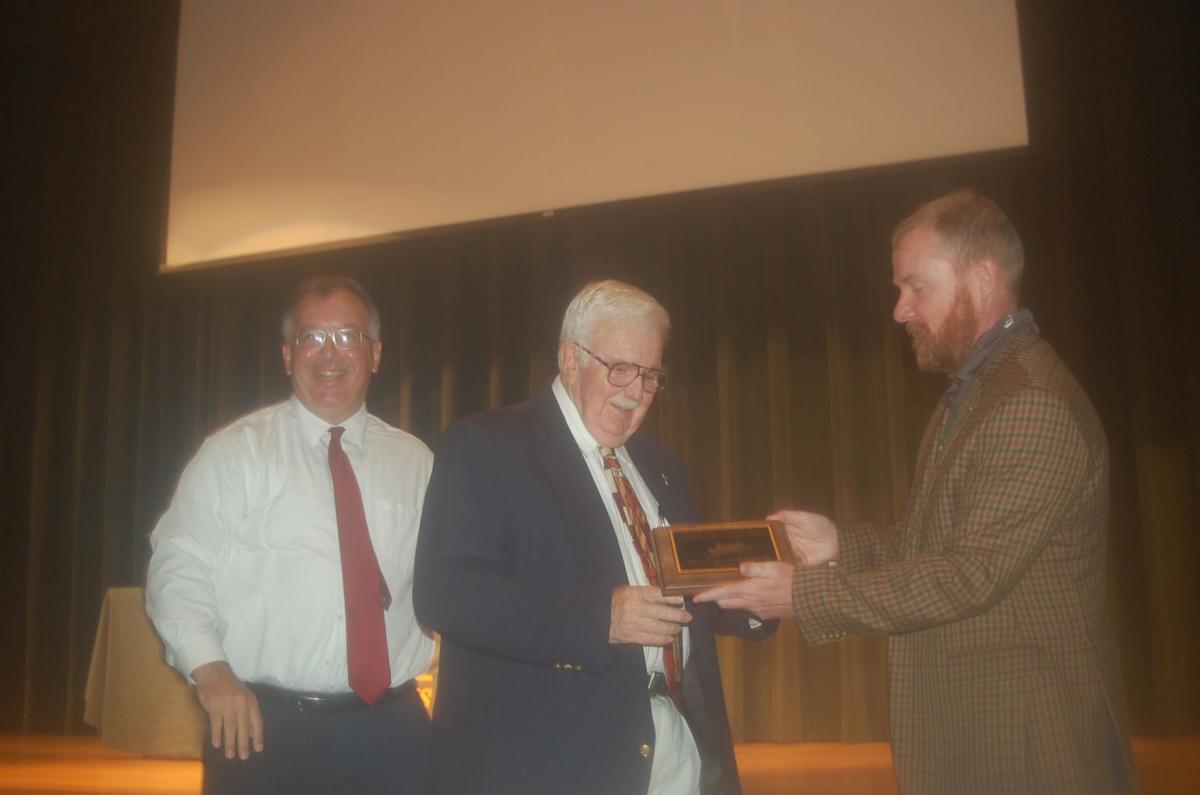 For his many years of faithful sports writing, Lee Scripture (middle) received the 2019-2020 Region 1A Award of Merit. The award was presented by high school principal, Travis Burns (right) along with VHSL Region 1 chairman, Mike Myers (left). 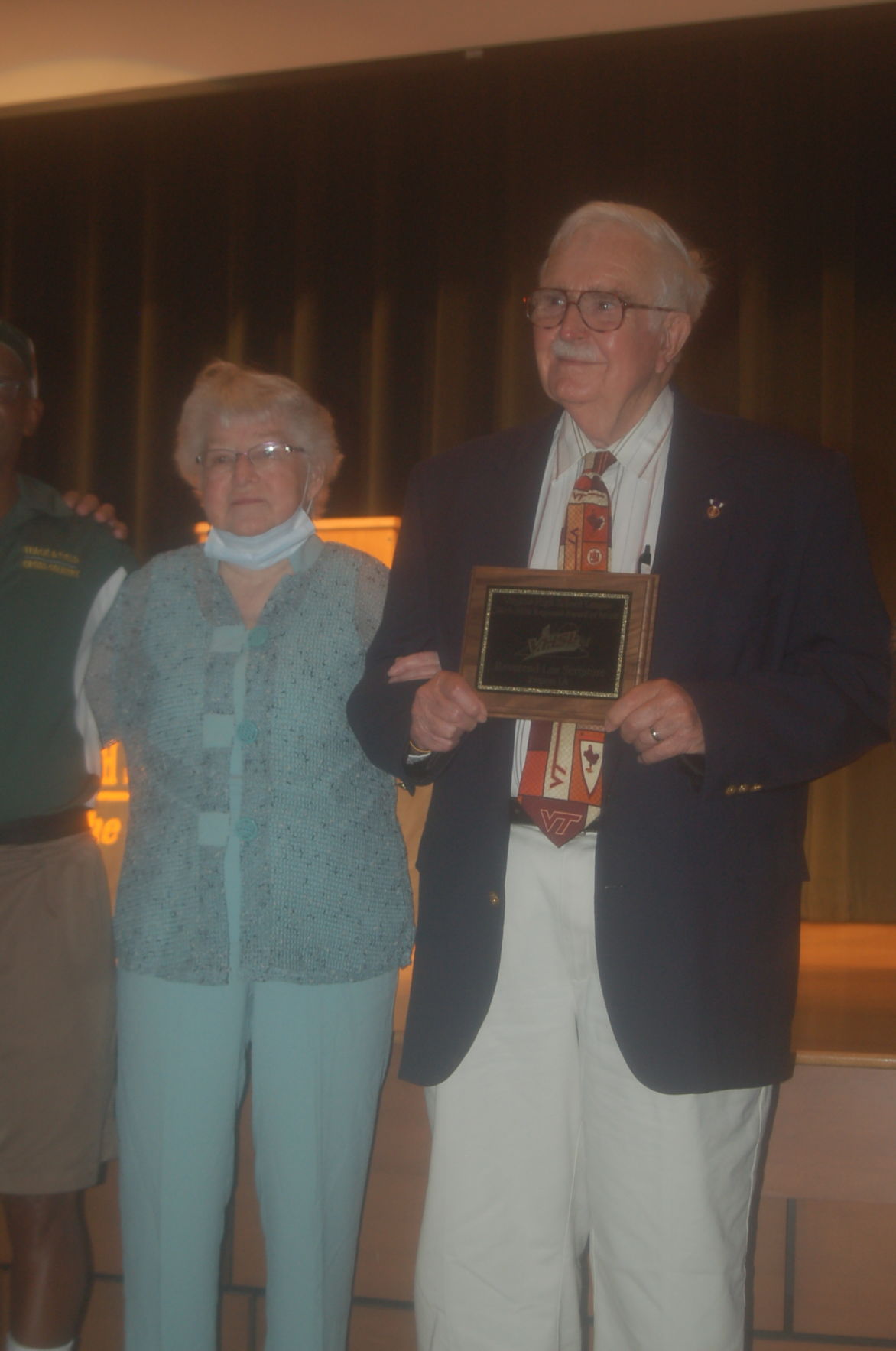 Scripture’s wife stands proudly next to her husband as he holds up his award with a smile on his face.

For his many years of faithful sports writing, Lee Scripture (middle) received the 2019-2020 Region 1A Award of Merit. The award was presented by high school principal, Travis Burns (right) along with VHSL Region 1 chairman, Mike Myers (left).

Scripture’s wife stands proudly next to her husband as he holds up his award with a smile on his face.

VHSL Region 1 chairman, Mike Myers, and Northumberland High School principal, Travis Burns, presented Scripture, who started covering high school sports for the Caroline Progress and has covered them in the Northumberland Echo for the past 38 years, with the 2019-2020 Region 1A Award of Merit.

The gathering in the Northumberland High School auditorium was “a reunion for many of us,”Myers said. He had taught and coached football in Northumberland in the early 1990s and recalled Scripture’s covering his team.

Basketball coach Mike Stephenson said he remembered Scripture’s help when he first started coaching. Scripture, who had been covering sports for several years, “brought me up to speed on Northumberland and the other counties,” Stephenson said. “No one has done more.”

“They mean a lot when you get older,” she said.

Scripture’s good friend, Bill Slaughter, noted Scripture was wearing his trademark red socks and said,”We don’t always agree but he always does his research.” Slaughter noted that he and Scripture travel together and “He’s wonderful.”

Scripture figures he has covered 500 football games. He has not only written about them making sure each player got his due but also served as Northumberland’s statistics keeper. At the awards ceremony he recalled an early game he covered against Middlesex.

“They scored on us every which way and afterwards somebody asked me ‘What’re you gonna write about this one?’” He just told it like it was.

Scripture remembers Northumberland’s championship basketball team and how Coach Jimmy Jett ran in Terry Gordon in the fourth quarter and Gordon stole the ball from Madison’s All State guard, Isaac Strother, five times as Northumberland came back from an 11-point deficit to tie the game and send it into overtime where Northumberland won. He recalls the next year’s football team that lost in the semi-final game rather than reaching the championship. “Powhatan’s coach told me that if it hadn’t rained, we would have won,” he said.

For all that, Scripture said the most exciting Northumberland athlete he ever watched was Lavar Rich who ran track and played baseball.

Scripture, who is the minister for Wicomico Baptist Church, did more for the schools than report on sports. He served on the school board for 25 years and was chairman for 20 years. During his tenure the elementary school and the middle-high school were built.

Scripture wears only red socks since he happened to do so one day when he was preaching and a congregant noticed them. She said she’d never seen a preacher in red socks. He’s worn them ever since. Now, Scripture says he has 16 pairs, “not counting the ones in the wash.”