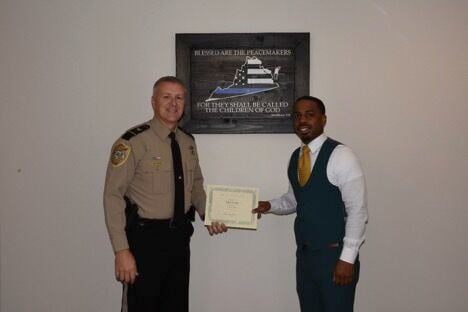 Michael Parker has been assigned to the detective division. 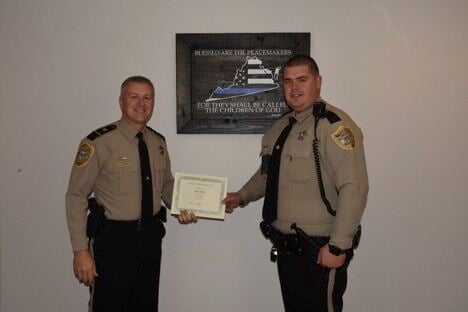 Zach Kues has been promoted to patrol Sergeant.

Michael Parker has been assigned to the detective division.

Zach Kues has been promoted to patrol Sergeant.

Michael Parker has been assigned to the detective division after 3 years as a patrol Sergeant. Detective Parker began his career with the Northumberland Sheriff’s Office in 2012 and became a patrol Sergeant in 2017.

Throughout his career he has shown hard work and dedication to the job. He was one of the first deputies in the office to attend Crisis Intervention Team training in 2014; he later became a Crisis Team instructor. He also earned his general DCJS instructor certification and became a Field Training Officer.  His relationship with the community is strong and he will be a valuable asset in the detective division.

Zach Kues has been promoted to patrol Sergeant. Sergeant Kues has been with the Northumberland Sheriff’s Office since 2015. First as a dispatcher and then as a patrol deputy for the last 4 years. Sergeant Kues has certifications in Crisis Intervention Instructor, general DCJS instructor, and FAA unmanned aircraft pilot. His leadership skills and connection to the community will serve him well as patrol Sergeant in the coming years. Congratulations to both Deputies!