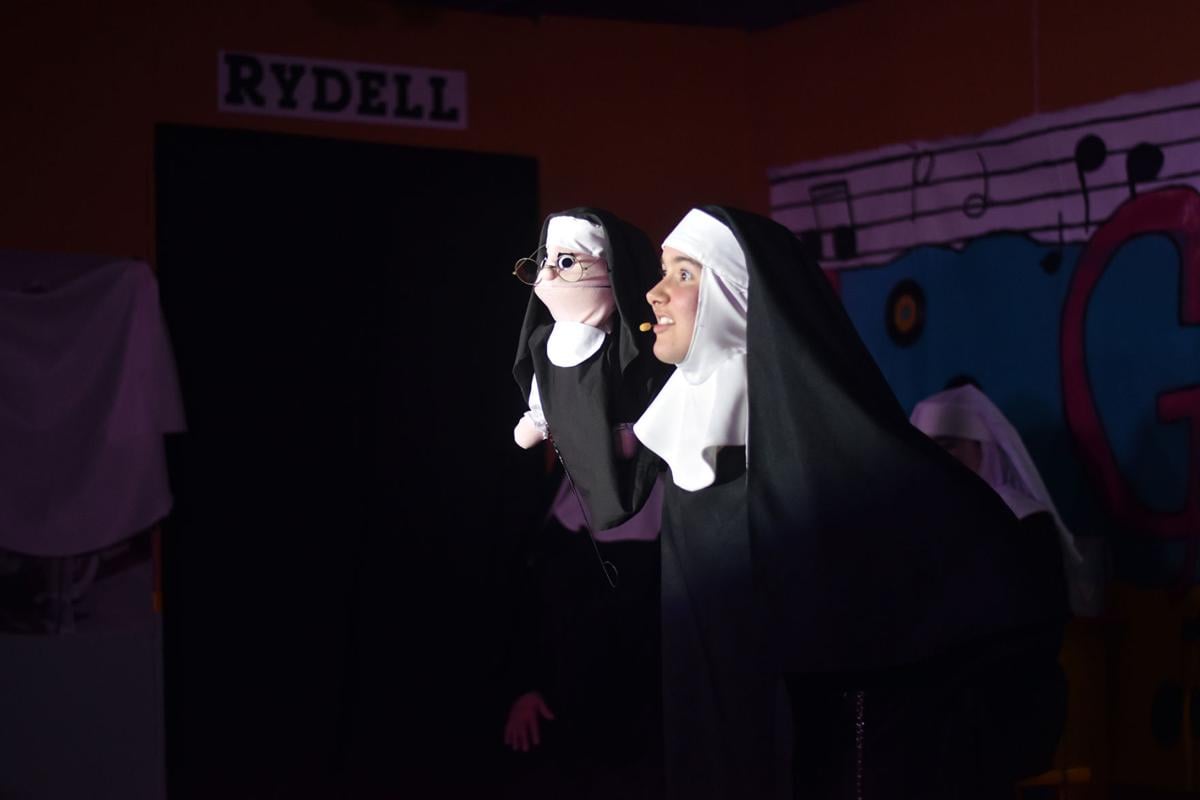 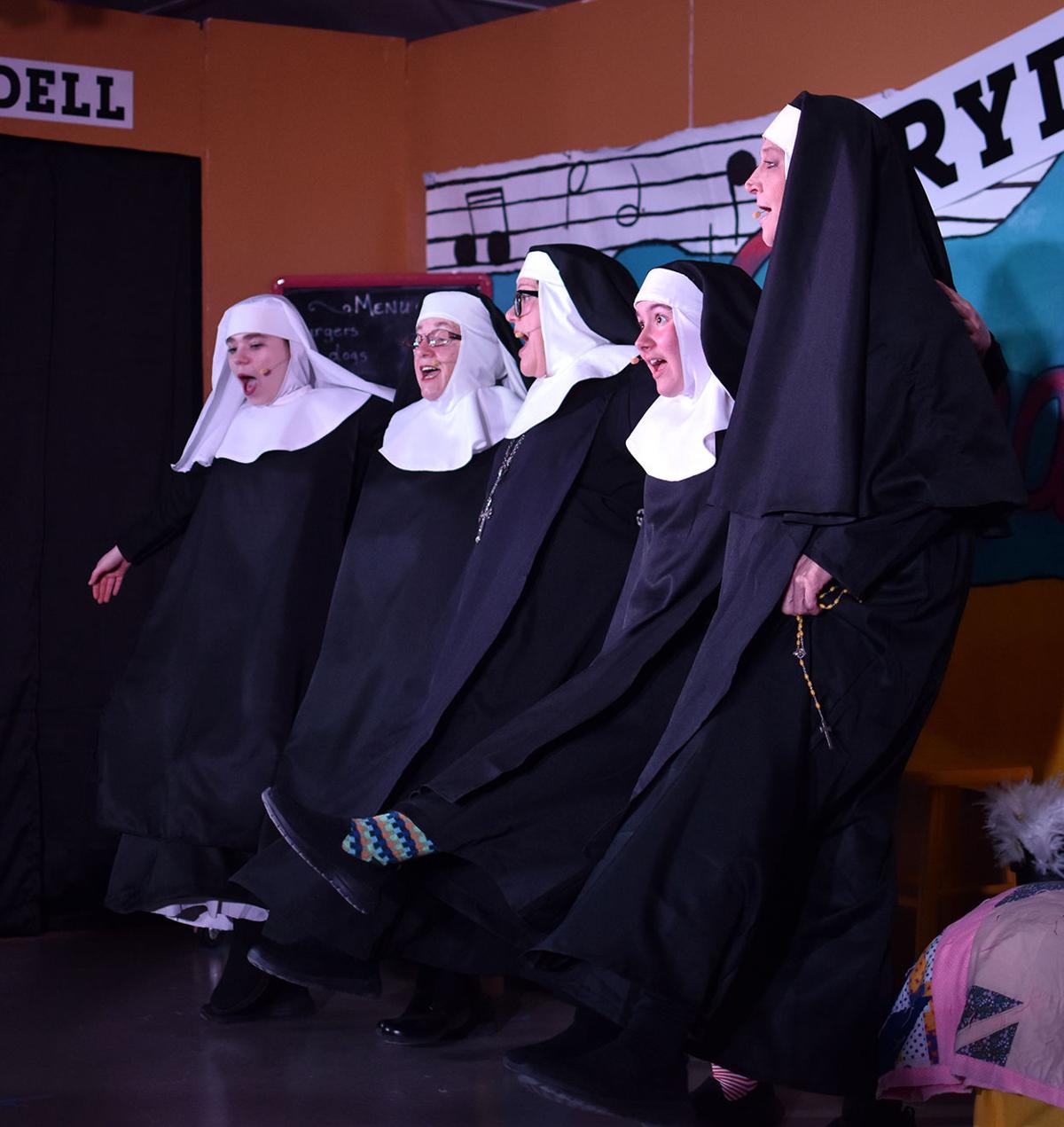 The cast of Nunsense kicks up their heels Saturday night at Colonial Beach Playhouse. 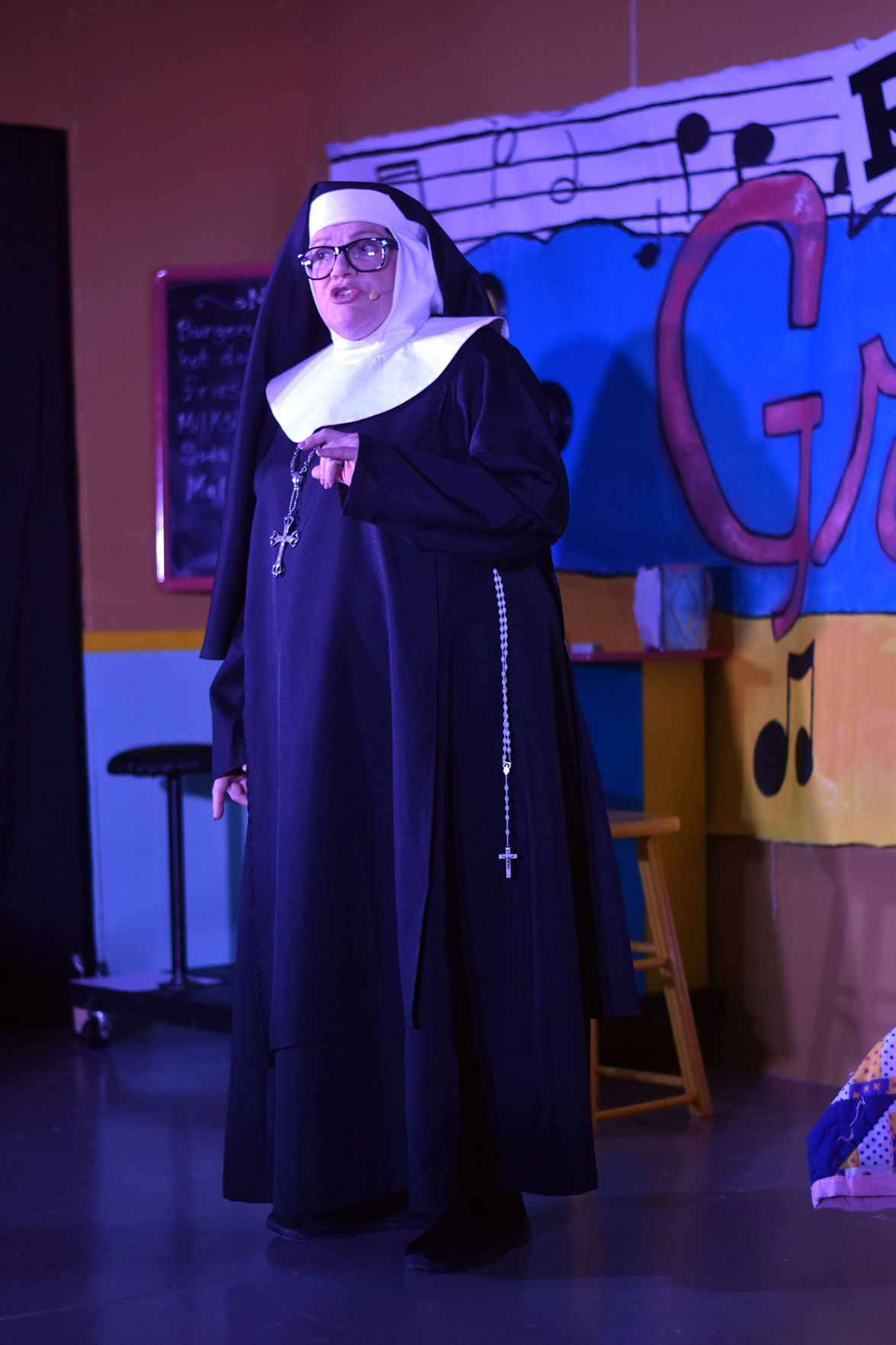 The cast of Nunsense kicks up their heels Saturday night at Colonial Beach Playhouse.

Under the direction of Bob Christensen and Sher Lee, this 1985 musical tells the story of the “Little Sisters of Hoboken” who are forced to put on a variety show in order to bury the last four of their dead sisters. Yes, you read that right, the last four.

When Sister Julia, child of God, the cook of the convent, poisons 52 of the sisters, the nuns bury all but four of their sisters, and have to raise the money for the remainder.

Returning to the Colonial Beach Playhouse stage as Mother Superior is Lindy Sharp. She is a sharp actress with a wit that is spot-on for the role of the former circus-performing nun.

Sher Lee returns to the stage – as well as directs the play – as Sister Robert Anne, a street wise Brooklynite with the flair for the dramatic which is a role that suits Lee’s acting style.

Rachel Brooke Thompson also returns to the stage as Sister Mary Amnesia the nun who has lost her past after being hit by a crucifix. Thompson does a wonderful job as the childlike sister who has an inspiring hidden talent.

Elena Runkle as Sister Mary Leo, the world’s first ballerina nun is new to the Colonial Beach Playhouse stage but not performing, she has performed in many other productions with other playhouses. Her dancing is on point – literally and figuratively.

Melissa Sullivan plays the keyboards for the entire production. She has been an accompanist for many churches.

The breakout star is the soft spoken Bucky Doerr. This is her first musical theater production and first show with the Playhouse. The former creator of the Great Upstairs Theater which featured puppets, Doerr was astounding to watch as second in command Sister Hubert.

The show runs weekends in March. Fridays and Saturdays at 8 p.m. and Sundays at 3 p.m.