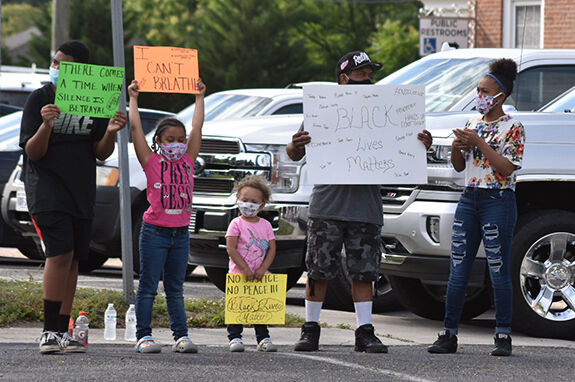 People of all ages and races stood together during a peaceful protest in front of the Westmoreland County Civil War Memorial on Tuesday, June 2. 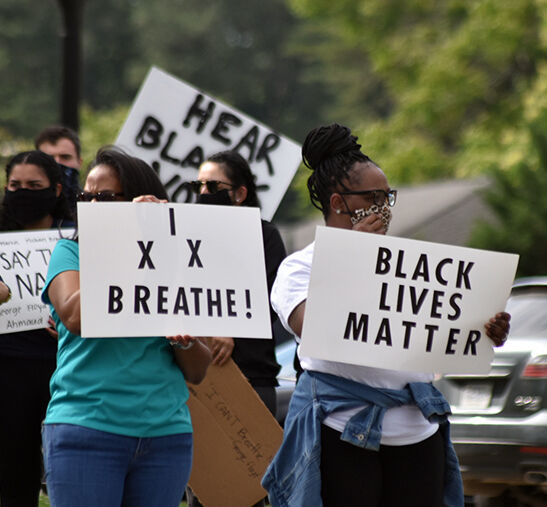 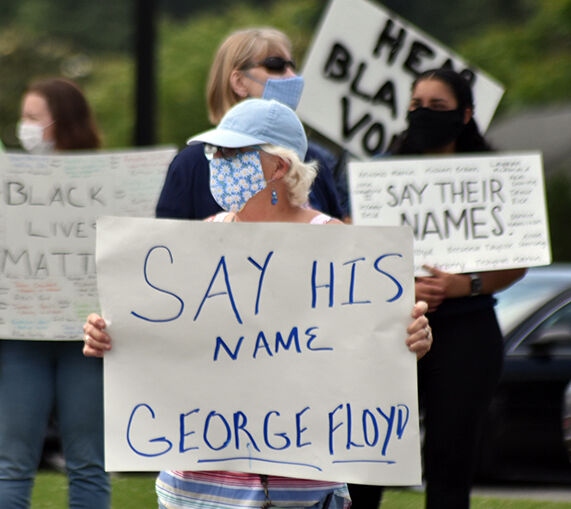 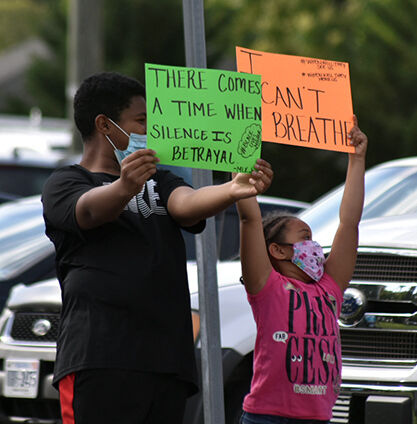 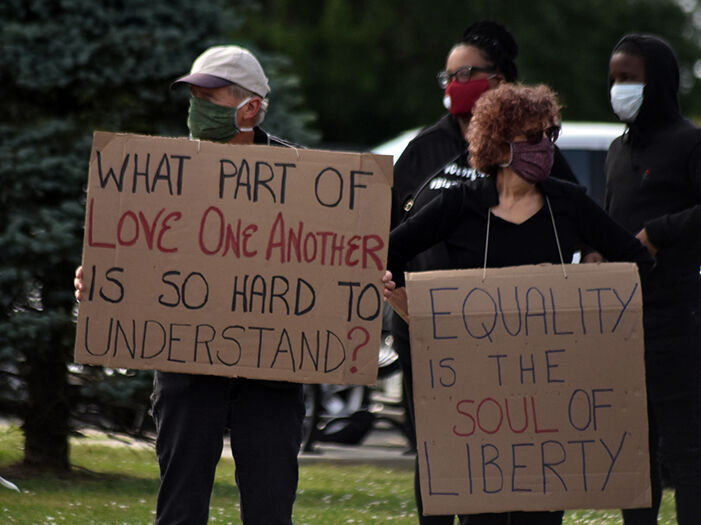 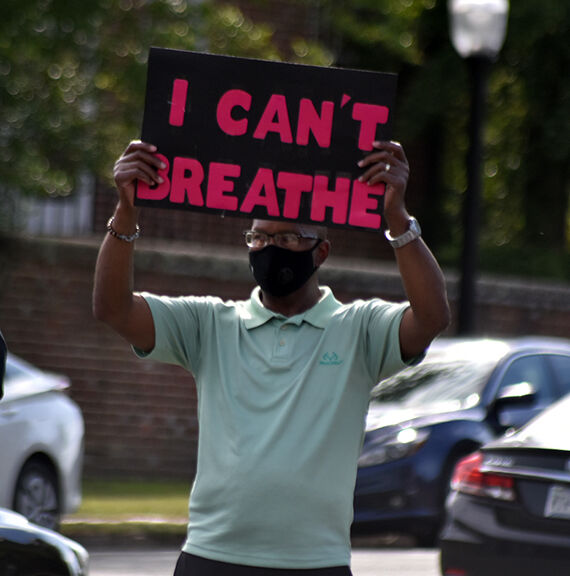 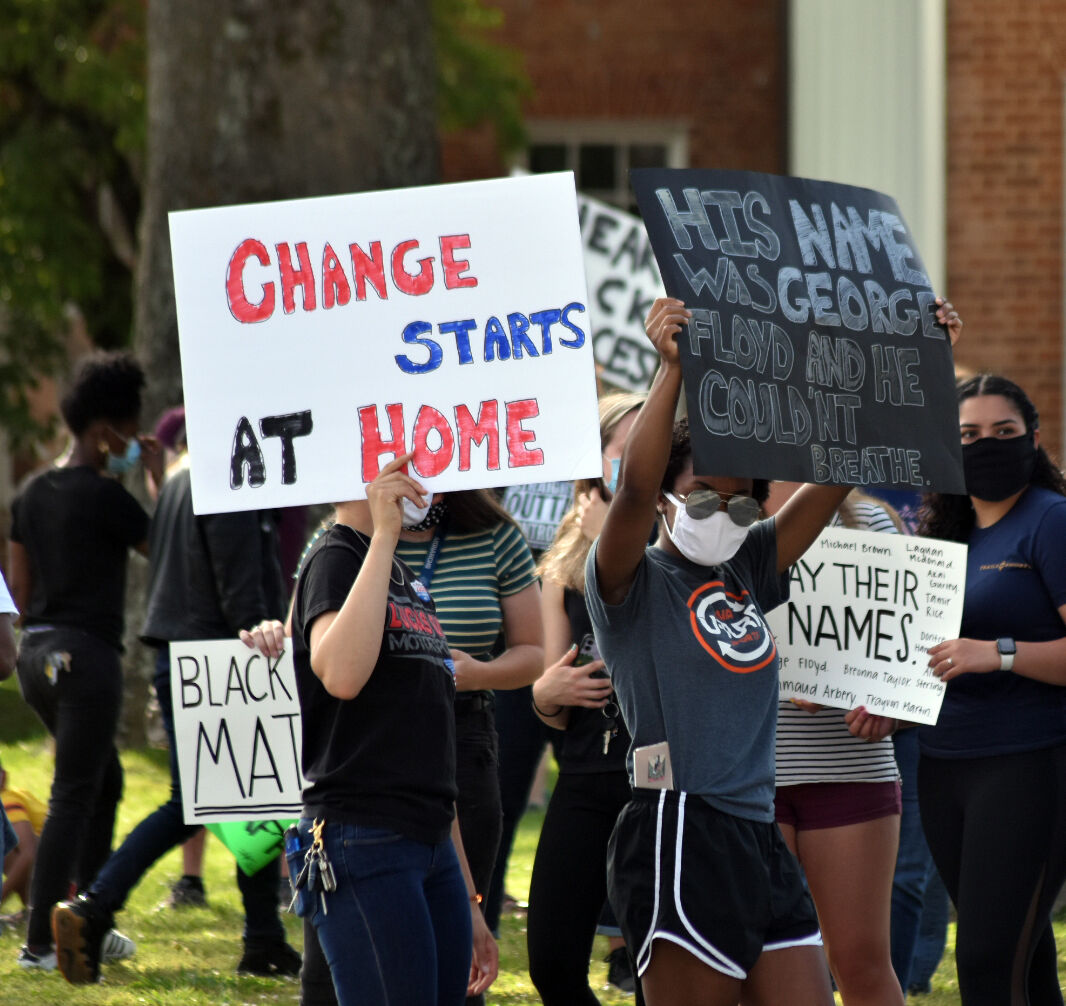 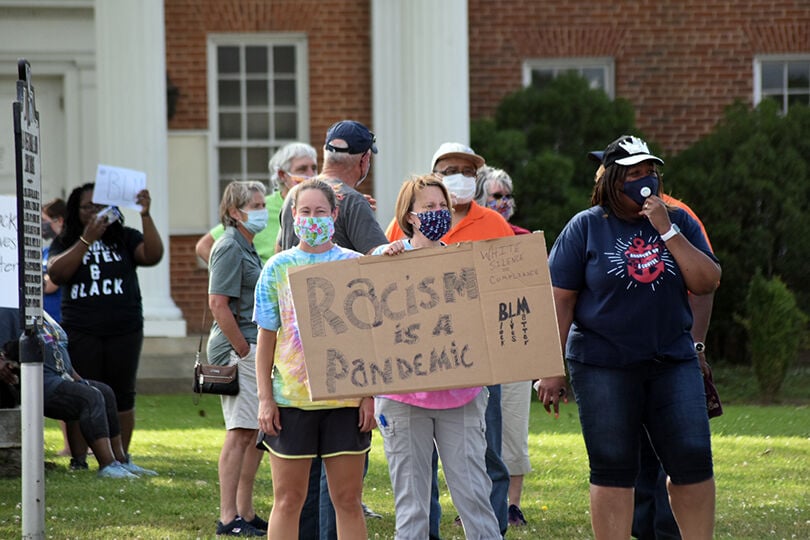 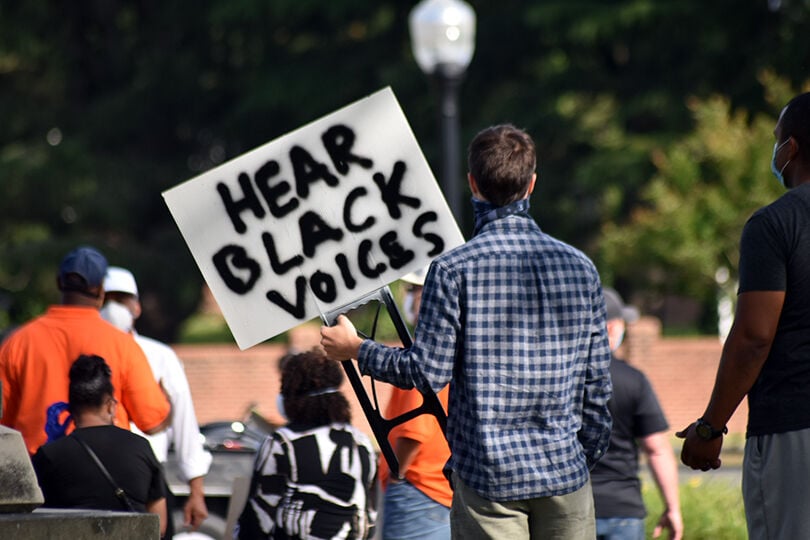 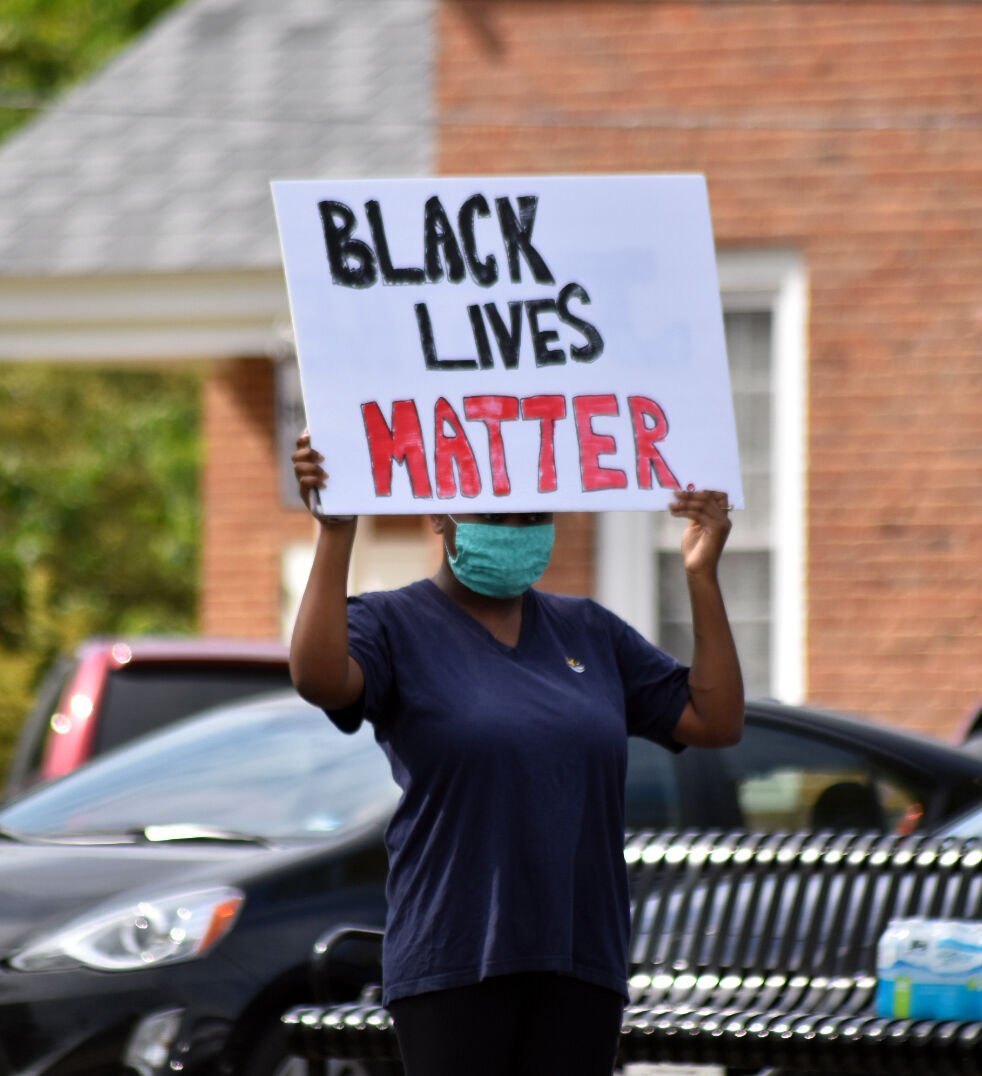 People of all ages and races stood together during a peaceful protest in front of the Westmoreland County Civil War Memorial on Tuesday, June 2.

Two Westmoreland County Deputies stood off to the side, directing traffic as protesters walked across the street to join in. There was no animosity between the crowd and the police even though the protests were a result of the death of George Floyd after Minneapolis Police officer Derek Chauvin kneeled on his neck for over 8 minutes.

Protest organizers Mikayla Hostelka, 22, from Colonial Beach and Armanni Henry, 22, from Montross stood together, holding their signs, directing people toward donated water and welcoming those who stood out on the courthouse lawn together.

Henry was asked her reasons behind organizing the protest and said, “I wanted to come out here and join with everyone around the world who wanted to make a difference. With people who are trying to help others open their eyes to what is going on in America right now.”

Henry pulled her shoulders back as she continued, “But if this doesn't do anything at least we could all come together and unify with one another and do a beautiful thing.”

The young couple spent much of the rally walking back forth making sure that everyone was taken care of.

There were only two small incidents – neither of which were from the protesters – that marred the event. One man in a convertible honked his horn and held up his middle finger at the crowd. Two young men in a white pickup truck also revved their engine and flipped off the crowd.

However, they were widely eclipsed by the hundreds of cars that drove past, honking their horns, shouting out encouragement and raising their fists in solidarity.

In America over the past five years deaths by police officer has resulted in rates of 30 Black people per million, 23 Hispanic people per million and 12 per million for white people. The video of Floyd's death, as Chauvin knelt on his neck for nearly nine minutes, spread like wildfire through the internet and around the world.

Protests have taken place all over the United States including in Fredericksburg, Stafford and Richmond. More are planned.