Thank you for Reading! 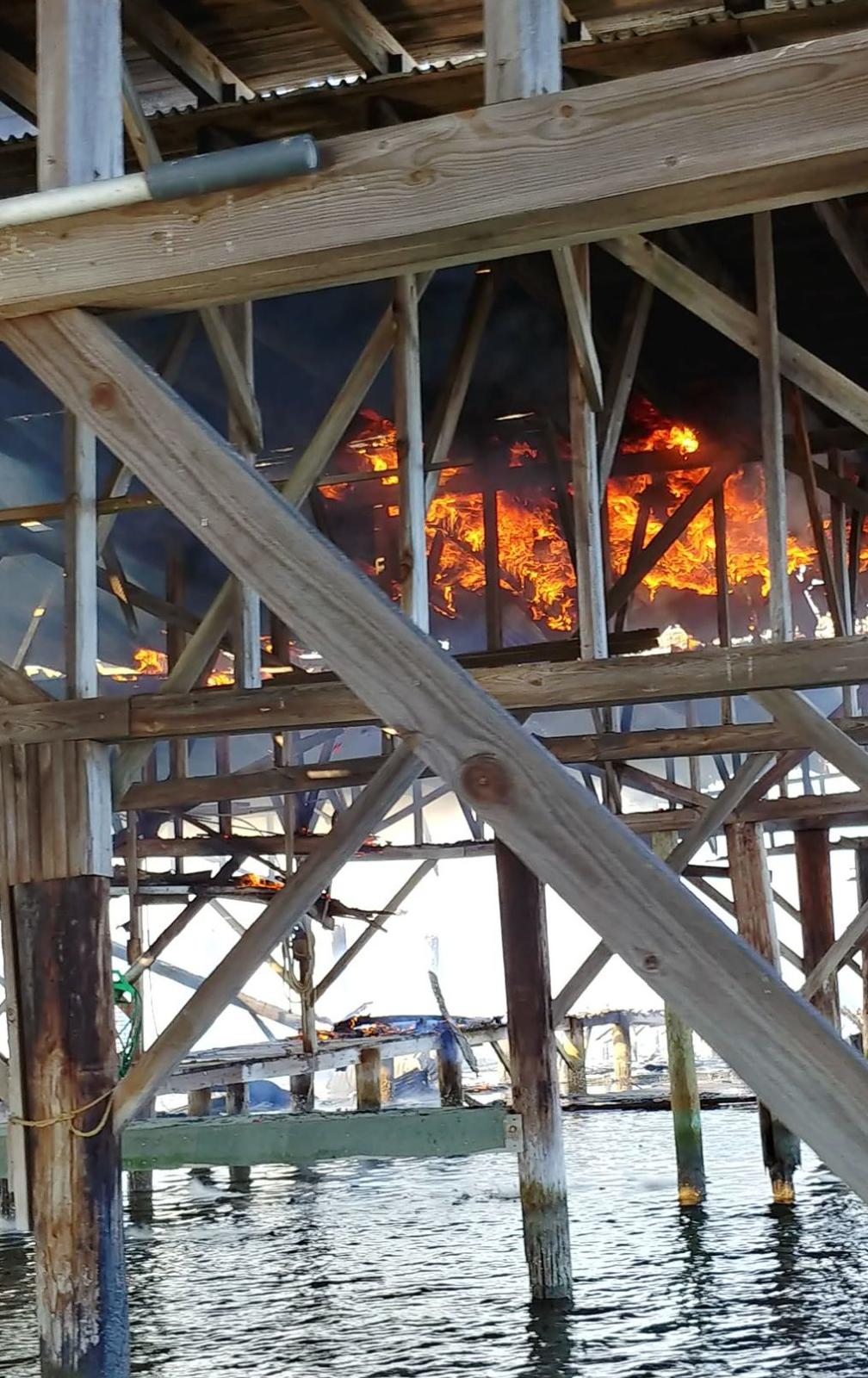 The Krentz Marina was destroyed in a fire on Saturday, February 8. 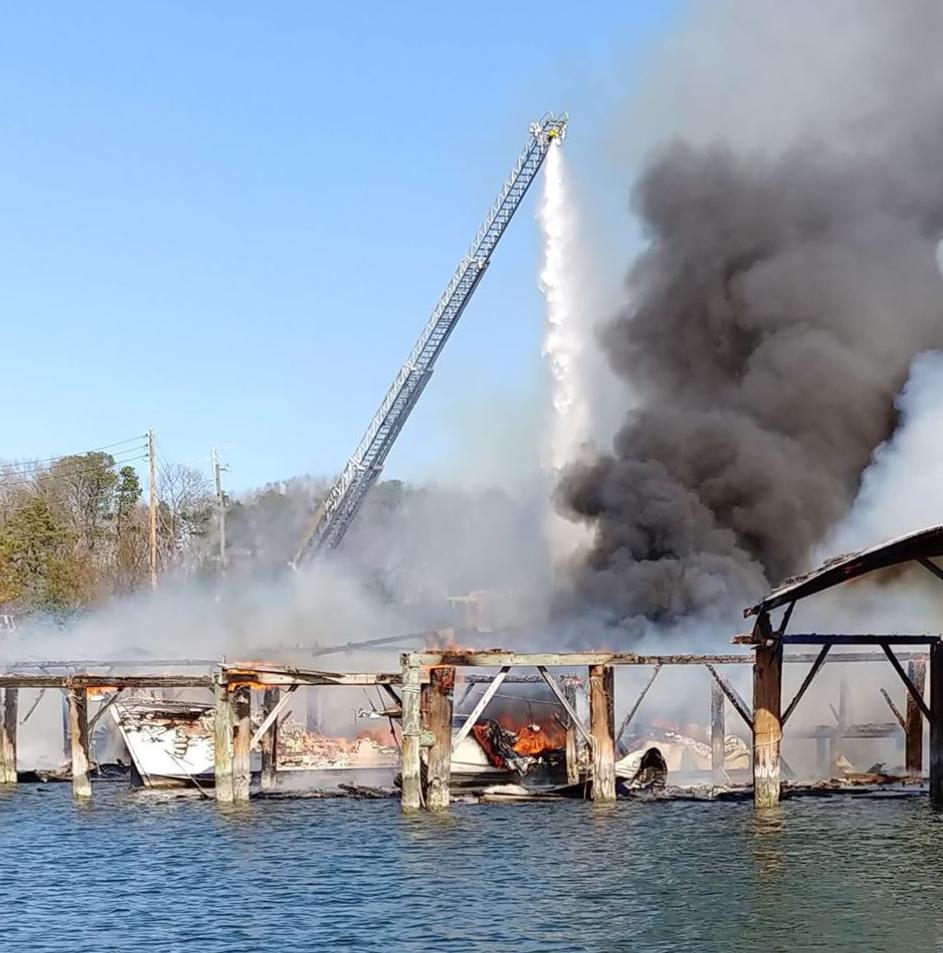 The Krentz Marina was destroyed in a fire on Saturday, February 8.

At 11:30 a.m. on Saturday, February 8, the Fairfields Volunteer Fire Department and Callao Volunteer Fire Department received a call from dispatch about a fire at a marina in Harry Hogan. While en route, the crews noticed a thick, black column of smoke rising from the Ophelia area. It was then that dispatch informed the crews that the fire was actually at Krentz Marina in Ophelia.

Upon arrival, the teams were faced with a raging fire, collapsed roof and about 8 boats were engulfed in flames. “It was a mess to begin with,” noted Chief of Fairfields Volunteer Fire Department Phillip Keyser. The crews set up their ladder and with the help of private individuals and their boats, were able to get a hose line from the end of the marina, to the middle, where the fire was raging.

Fortunately, with the help of Kilmarnock and Callao volunteer fire departments added to Fairfields, the fire fighters were able to extinguish the fire by 2:30 p.m. “It happened to be the same day as our shrimp and oyster feast” which is Fairfields’ largest fundraiser. Their station was expecting 600 people at 3 p.m. “We were able to open the doors and feed the crowd that gathered. Unlike paid departments who don’t have to worry about fundraising, we couldn’t turn down the crowd. We were very appreciative to everyone who helped us out.”

By the time the fire was put out, the marina “was too far gone,” explained Chief Keyser. Because of the destruction caused by the fire, the decision was made to turn the investigation of what started the fire over to the Northumberland Sheriff’s Office.