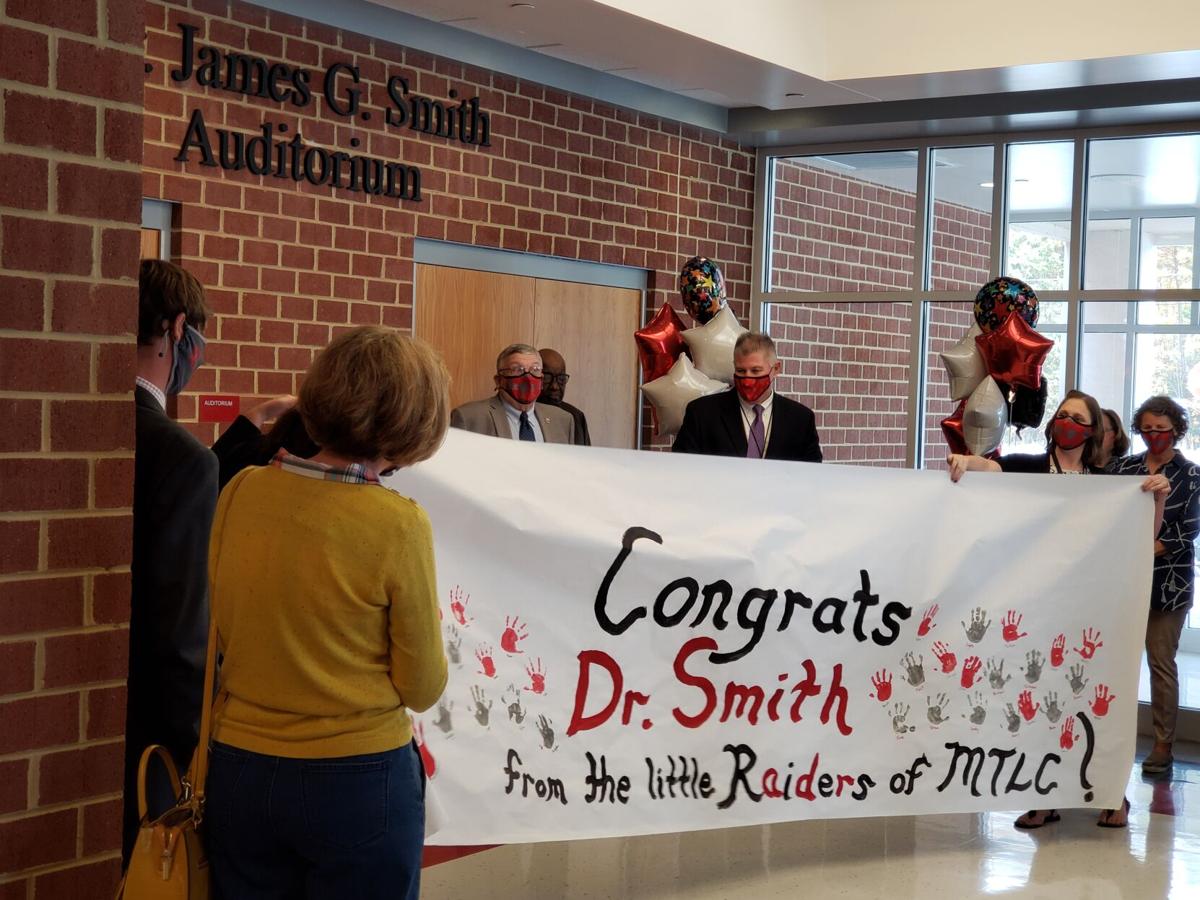 An appreciation banner made by the preschoolers at Mackey Thompson was presented to Dr. Smith. 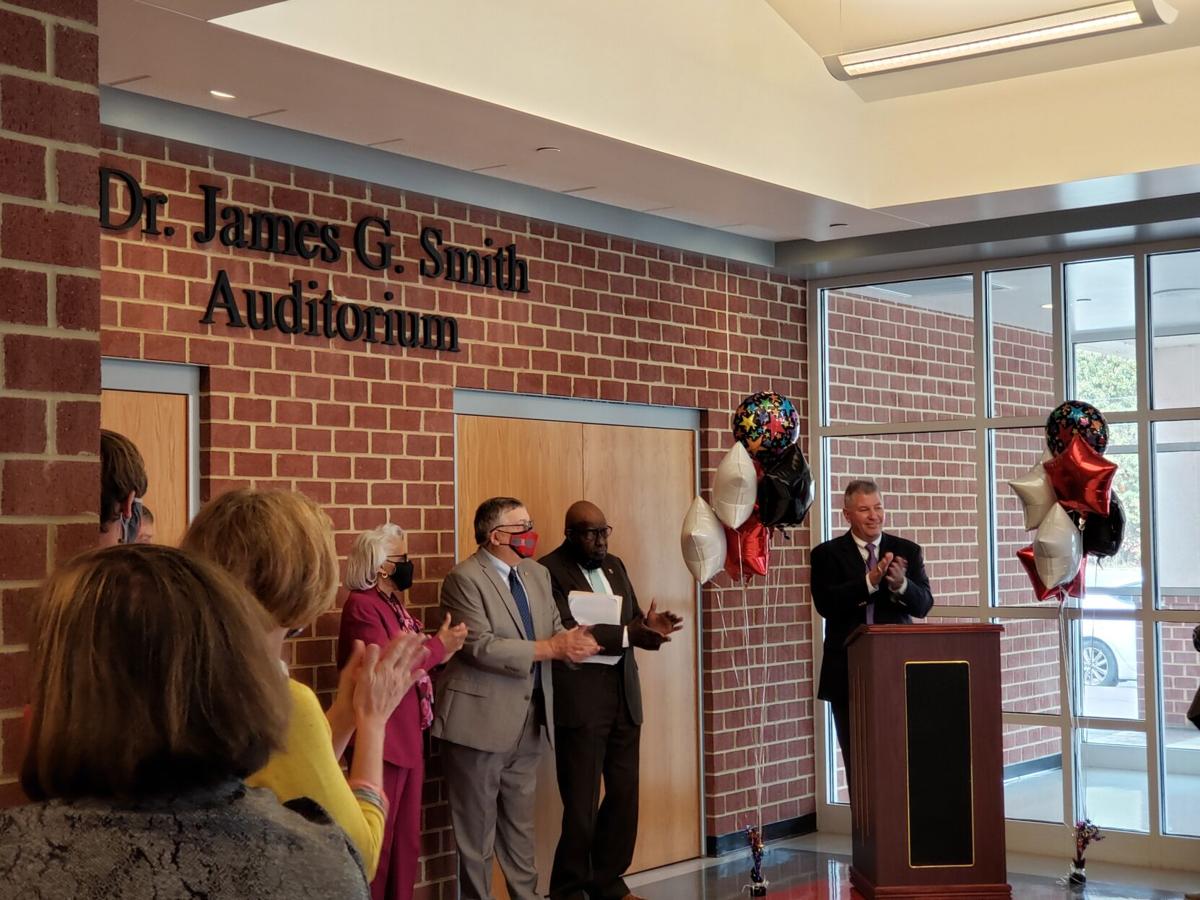 Dr. Smith, Superintendent of Richmond County Public Schools was surprised to learn that the high school auditorium was named after him.

An appreciation banner made by the preschoolers at Mackey Thompson was presented to Dr. Smith.

Dr. Smith, Superintendent of Richmond County Public Schools was surprised to learn that the high school auditorium was named after him.

Richmond County’s superintendent was surprised, shocked, and touched to discover that the high school auditorium has been named in his honor.

The Dr. James G. Smith Auditorium was unveiled at a ceremony last Wednesday, attended by members of the county and the RCPS school board.

County administrator Morgan Quicke recalled how he and Smith both started about eight years ago and inherited hard times, including controversy around the new high school.

“The two biggest things people fight over in rural communities is building courthouses and schools because of the expense,” Quicke explained.

But he said Smith worked with him and the board of supervisors to bring a compromise to the table that helped heal the division.

That was one example in what Quicke described as a great relationship and a great time working with Smith.

He expressed appreciation to Smith for teaching him a lot about how the relationship between the county administrator and the superintendent works, and added that Smith has made contributions to the county beyond the school system, including through his participation in the Rotary Club and the construction project at the YMCA.

“We’re going to miss him” said Quicke referring to Smith’s plan to retire in January.

He said Smith has worked tirelessly to improve the appearance and the functions of the county’s school buildings, including the renovation of the Mackey Thompson Learning Center and adding the soon-to-be-completed red-top athletic track to the campus-style facility.

RCPS school board is “very appreciative” to Smith for “his commitment” and “long list of accomplishments,” said Brown.

Paraphrasing Winston Churchill, Brown said, “Never before has so much been owed by the citizens of Richmond County and surrounding counties to one individual as Dr. James Smith.”

Smith said when he first interviewed for the superintendent position, he was weighing the merits of taking the job, and he found the passion of the school board absolutely compelling.

“It was the best decision I ever made,” he said, and added that “it has been a good journey for us all.”

Smith views the challenges to bring the auditorium and high school to the county as well worth it.

“It is a generational responsibility we have to build facilities like this so that everyone can enjoy them for years and years,” he added.

Looking up at his name above the entrance of the auditorium, Smith said “I’m truly shocked. I didn’t see this coming. But it really touches my heart to see this.”