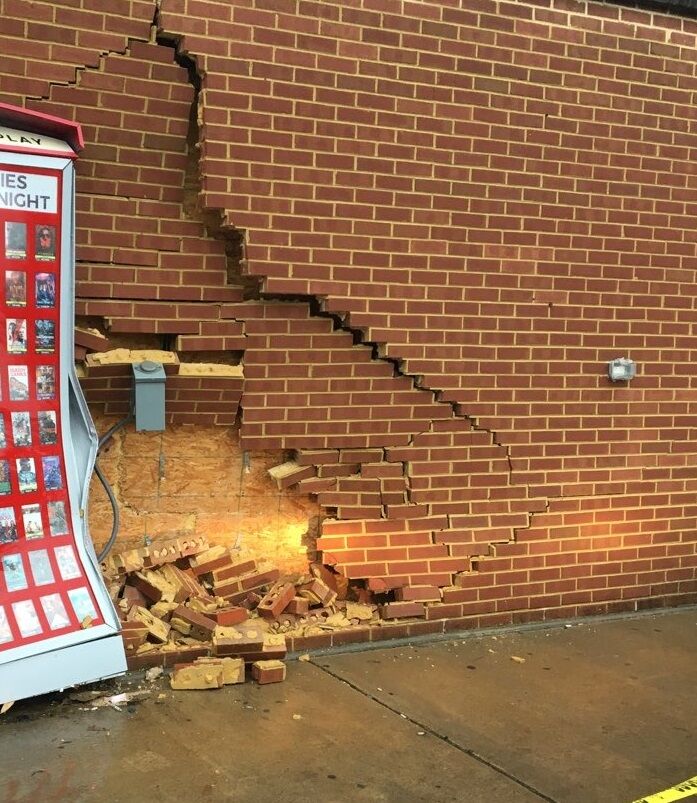 There was damage to the building and the Redbox. 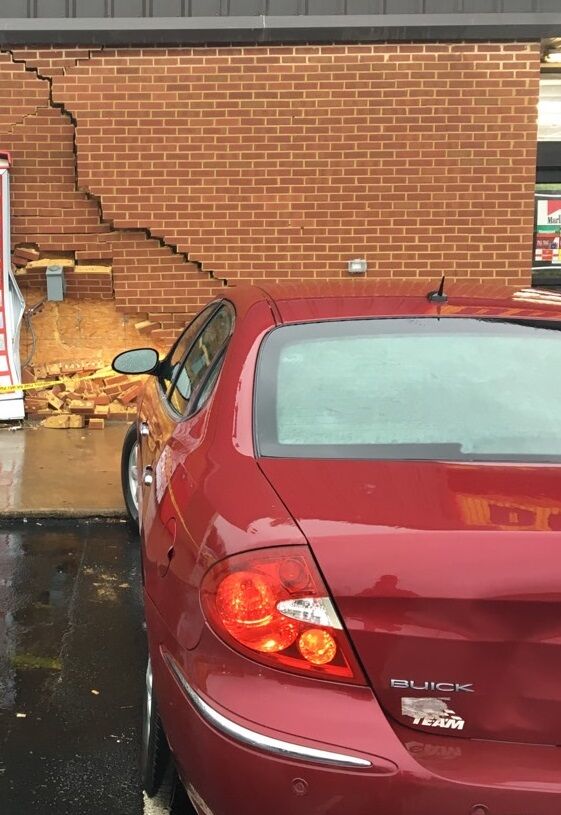 There was damage to the building and the Redbox.

On Monday December 14, a Buick crashed into the front of the Dollar General in Callao, cracking the wall and damaging the Redbox that sits on the sidewalk.

“The driver utilized the gas instead of the brake,” said Sergeant Dylan Davenport, public information officer for Virginia State Police’s Richmond Division, explaining the cause of the accident.

No charges were filed.

The driver was the only person in the car. And although fire and rescue crews responded to the call there were no injuries.

But the crash caused major damage to the building, leading Dollar General to close the store. The company is in the process of assessing the extent of the damage, “and expects to have updated plans about how it will proceed after that assessment,” said Angela Petkovic, a public relations representative for Dollar General.

“In the meantime, we encourage area customers to visit our nearby stores in Kinsale or Farnham,” she added.