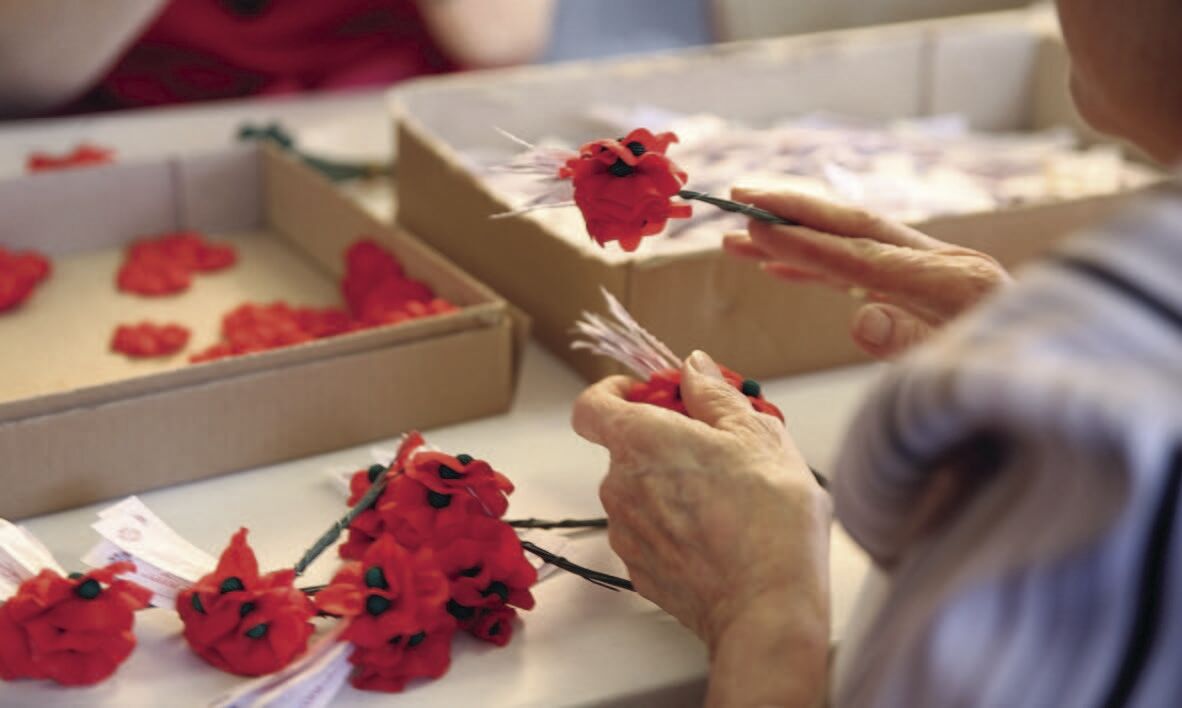 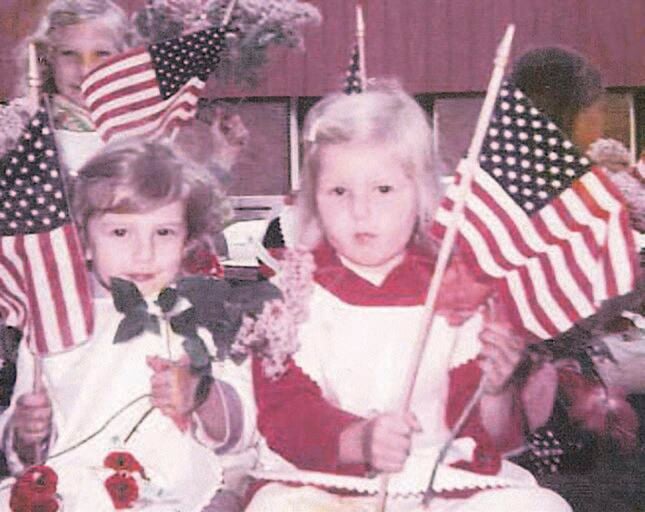 A childhood memory that inspires her today – Dale (right) rides on a “Buddy”® Poppy float in Minnesota.

A childhood memory that inspires her today – Dale (right) rides on a “Buddy”® Poppy float in Minnesota.

It takes just three little parts and a few practiced twists and turns of the hand to create a perfect “Buddy”® Poppy. But this mighty little flower improves the lives of many veterans and their families. In a modest building on the periphery of Fort Dodge in Dodge City, Kansas, a small but dedicated group of volunteers is hard at work, each with their own personal assembly line, building “Buddy”® Poppies at an impressive pace. Hundreds of loose bright red petals, green stems and paper labels rapidly turn into tiny bouquets. John Roberts, a United States Air Force veteran who served as a corporal in Munich, Germany in the late 1940s, supervises the Fort Dodge operation. His team has shipped millions of “Buddy”® Poppies since 2003. Together, they’ve made anywhere from tens of thousands to hundreds of thousands of “Buddy”® Poppies per week. He’s filled orders from all over the United States – even as far away as Alaska.

“It’s a good cause,” said Roberts’ wife, Anneliese. The two met in her home country when he was stationed abroad. She said keeping her hands busy putting together “Buddy”® Poppies, usually in a recliner in front of a favorite TV show, reminds her of her “heroes,” the American military that helped liberate her family from terrors of a Nazi-run nation.

“The ‘Buddy’® Poppy makes a lot of difference for lots of veterans,” said Roberts. “It makes you feel like you’re doing a good deed for a lot of other people,” he said. “You think about how you’re helping veterans and you wonder, where’s this one going to go or who is this one going to help. With the poppies, you can help yourself and help veterans. I think it’s one of the best programs the VFW has.”

“Buddy”® Poppies generate extra income for folks like Roberts and his team. The flowers are typically assembled by veterans in need or disabled veterans. On a Post and Auxiliary level, income is used to aid members. On state and national levels, “Buddy”® Poppy money provides much-needed services for disabled veterans, their widows and orphans. Funds raised from “Buddy”® Poppy donations also go toward supporting the VFW National Home for Children and veterans’ rehabilitation services.

The Veterans of Foreign Wars adopted the poppy as its official flower in 1922, though its roots go back to Belgium during World War I, when Canadian Lieutenant Colonel John McCrae penned the poem, “In Flanders Field” in honor of a lost friend and comrade. At the memorial service, looking out at the graves on the battlegrounds, McCrae saw a sea of white crosses punctuated only by the bright red of the poppy flower – a brightness and symbol of life that survived even though so many had perished.

Besides offering them to the public, VFW Posts and Ladies Auxiliaries also make wreaths of poppies to lay at graves of deceased members, adorn floats with them and even construct “Buddy”® Poppy walls of remembrance. The flower reminds everyone of the sacrifices veterans have made, losing their lives or their health while defending this country and fighting for our freedom. It reminds us never to forget what they’ve done for us.

Ladies Auxiliary Veterans & Family Support Ambassador Laurie Dale said one of her earliest memories of the poppy is from when she was a little girl in Kenyon, Minnesota riding on a parade float decked out in the blossoms. She visited Roberts’ group in Dodge City to learn more about the people behind this iconic flower.

“They take pride in each ‘Buddy’® Poppy they assemble and believe in the work they do,” she said. “They know how important it is that these tiny flowers are distributed, and that the funds raised by them benefit so many. These people are living proof that only good can come from this program.”

Visiting with the veterans behind the poppies and documenting their stories is one of Dale’s initiatives for the Veterans & Family Support Program.