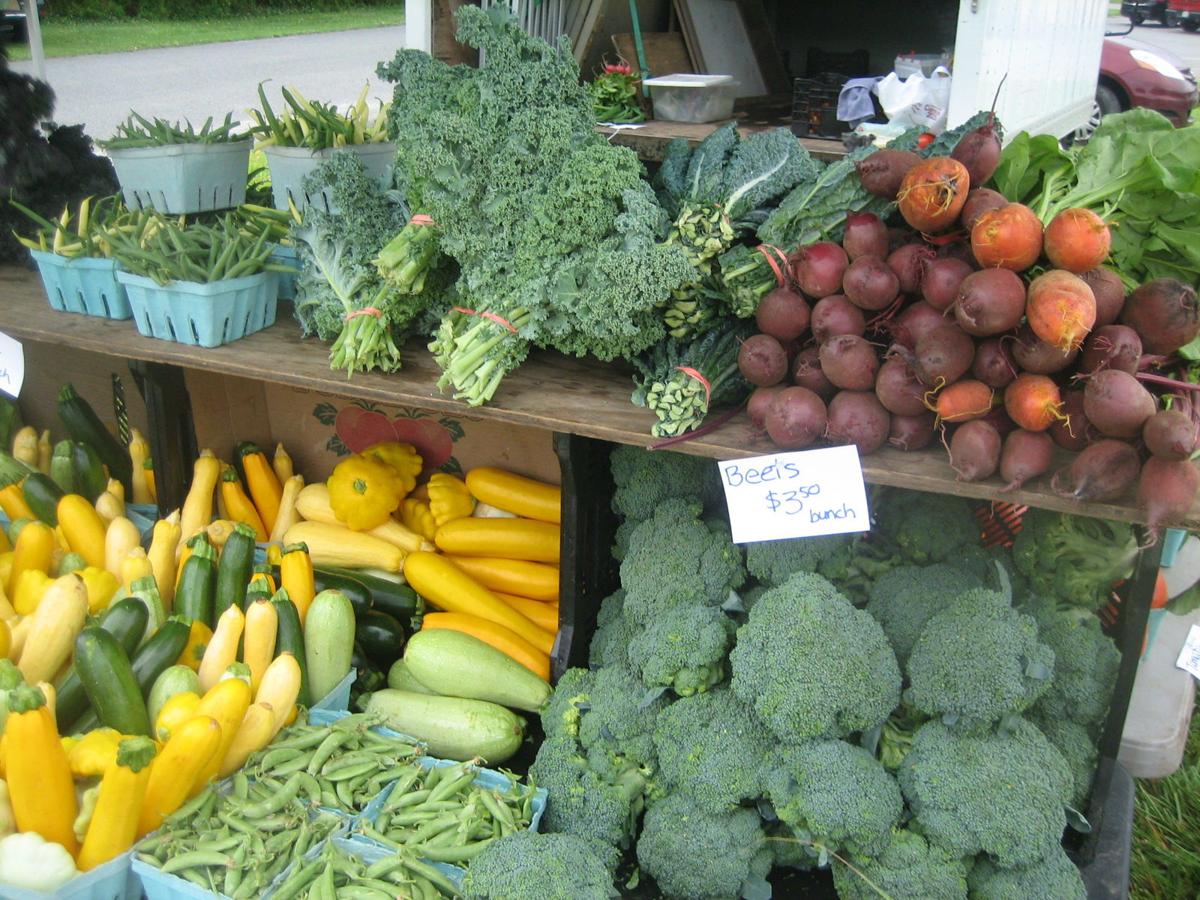 celebration of the Heathsville Farmers’ Market. 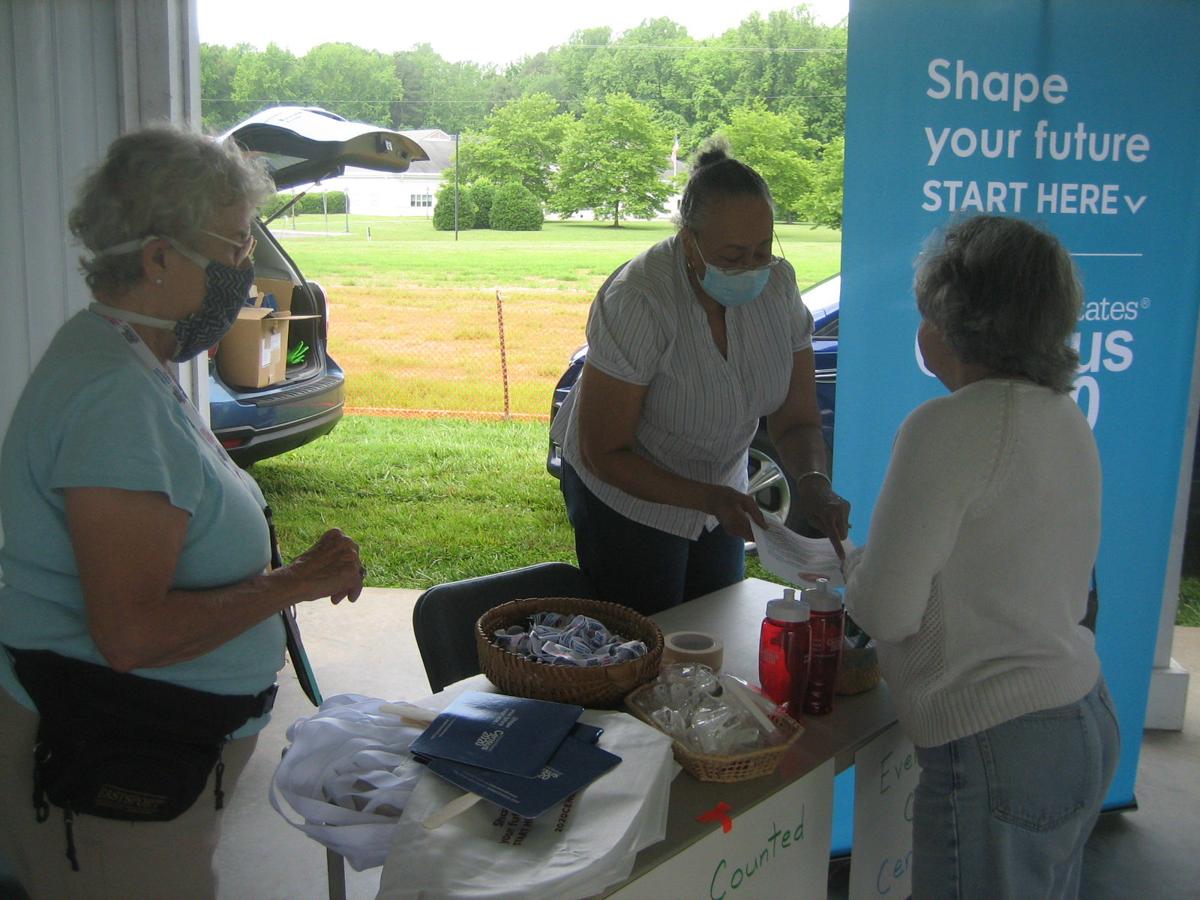 In protective masks, these vendors prompted market-goers to file with upcoming census. 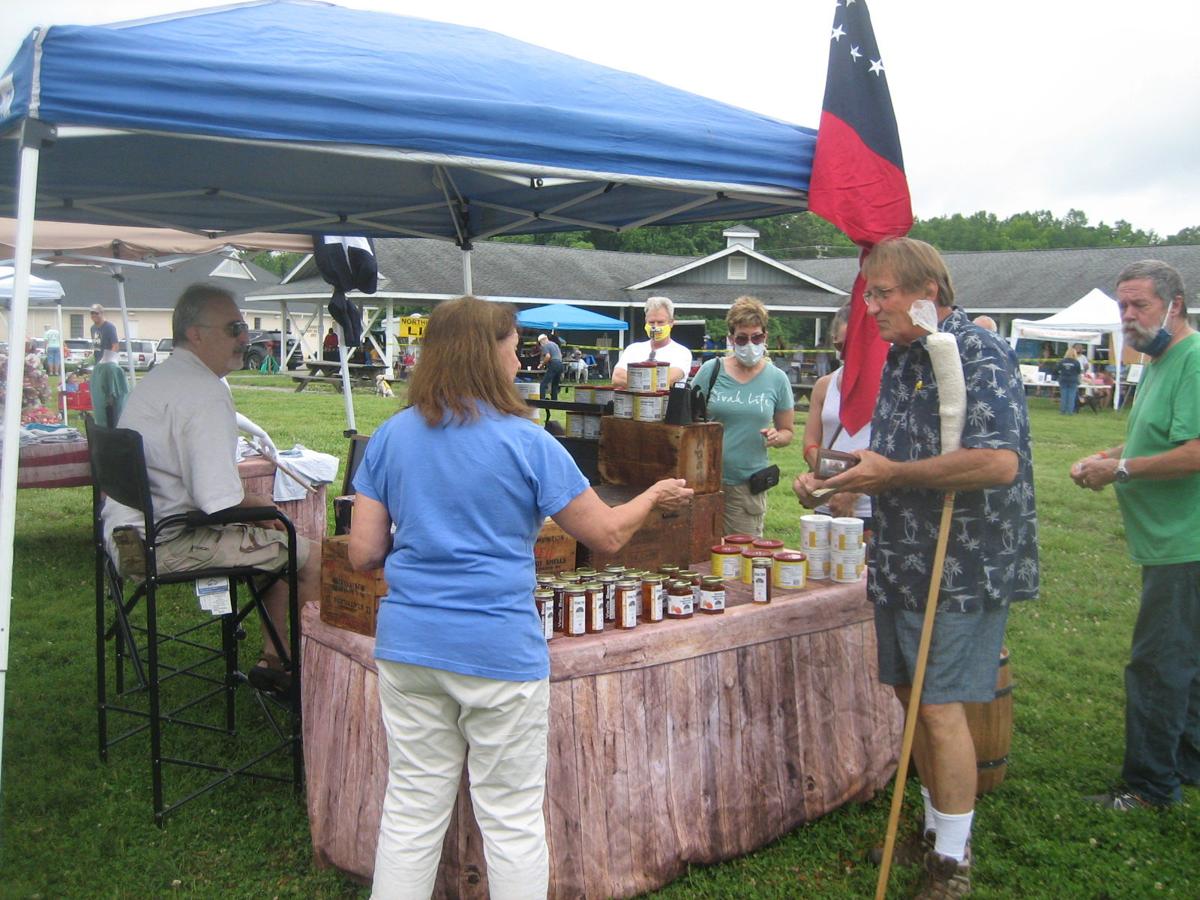 Vendors and patrons came out to enjoy the June Heathsville Farmers’ Market.

celebration of the Heathsville Farmers’ Market.

In protective masks, these vendors prompted market-goers to file with upcoming census.

Vendors and patrons came out to enjoy the June Heathsville Farmers’ Market.

It was two months late but the first Heathsville Farmers Market of 2020 was a success.

Originally scheduled for April but shut down by Coronavirus precautions the market had “a very good turnout,” Rice’s Hotel/Hughlett’s Tavern executive director Corinne Becker said after Saturday’s market. “I think people were just happy to have something to do.”

The market only had about half the vendors it usually draws. “Some were a little cautious and wanted to wait a little longer,” Becker said. Expected rain “scared one off.”

The rain, which was intermittent and light actually helped one group of vendors, the woodworking guild. It had set up tents near its shop and when the light rain hit, people sheltered under them. While there, they noticed items and bought them. “The woodworkers had a banner day, a record,” Becker said.

Other vendors did well, too. Mooch’s barbecue pig roast sauce was sold out by 11:30 and the Tavern Cafe sold out of its homemade donuts. The cafe also had a number of patrons who ate meals at tables set up on the tavern’s porch.

More from this section

Why nurses are being furloughed during the pandemic

Becker said the hotel/tavern had complied with the strictures in place to protect against the virus. Vendors were six feet apart and had to wear masks. One-way traffic was maintained on the pavilion and hand sanitizers were available. Many visitors wore masks but the protective measures didn’t put a damper on the day.

Trying to make up for revenue lost during the spring’s virus-caused closings, the Tavern will have another barbecue take-out night before its next market the third Saturday in July. The take-out on July 12 will feature Sid Mace’s barbecue as did the last take-out which was a sell out.

The July market will be “Kid’s Day” with different activities than in the past. Becker said the Tavern was considering activities that wouldn’t involve the youngsters being close to each other and adults; maybe a scavenger hunt.