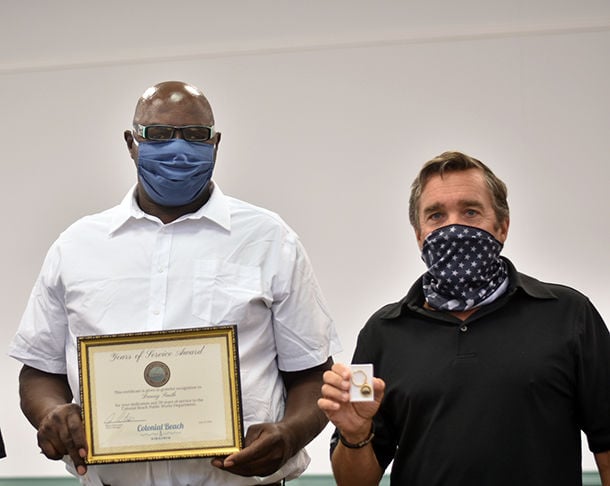 Danny Smith is presented his service award and recognition of his retirement from Mayor Eddie Blunt. 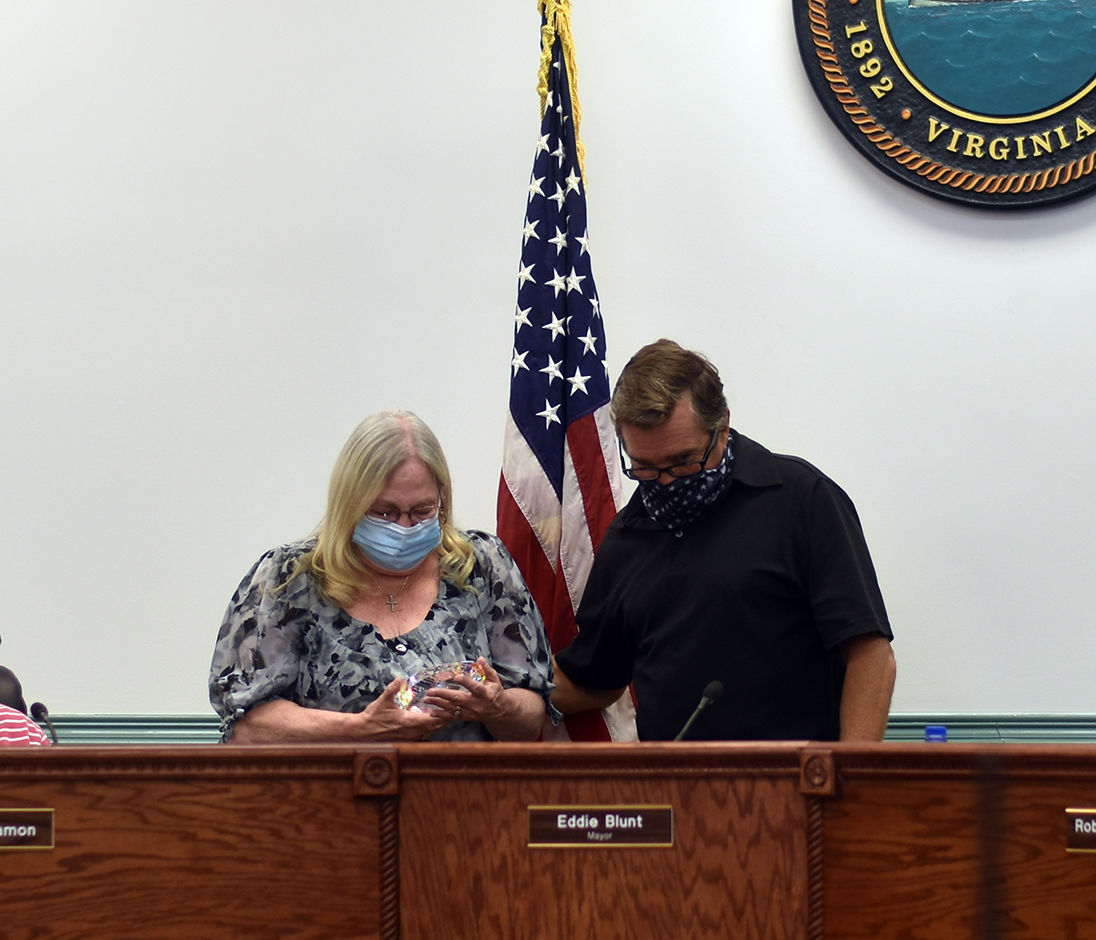 Kathy Flanagan is presented with a gift of appreciation from the Town Council for her years of work for the town.

Danny Smith is presented his service award and recognition of his retirement from Mayor Eddie Blunt.

Kathy Flanagan is presented with a gift of appreciation from the Town Council for her years of work for the town.

Two of Colonial Beach’s long-time employees, Daniel “Danny” Smith and Kathy Flanagan, were honored upon their retirements at the June regular council meeting.

Smith worked for 20 years in the Public Works department and on the sanitation truck for the town. Flanagan has been the Town Clerk for the past nine years.

With Flanagan having the most institutional knowledge within the town’s administration, she has worked over the past few months to train her replacement, Heather Oliver. Town Council voted Oliver in as their new clerk as well.

Only one vote was nay on accepting Flanagan’s retirement as councilman Dallas Leamon refused to accept her retirement due to how much she has done for him and the council as a whole.

As meetings were suspended through phase one of the COVID-19 pandemic this was the first regular council meeting since March. A work session was held last week with a public hearing on the town’s budget.

Mayor Eddie Blunt said that the town could look at the financials again later in the fiscal year for the possibility of more funding for the school system.

In the vote to approve the budget, following her request for $100,000 more in school funding, which failed, only councilwoman Vicky Roberson voted against the budget.