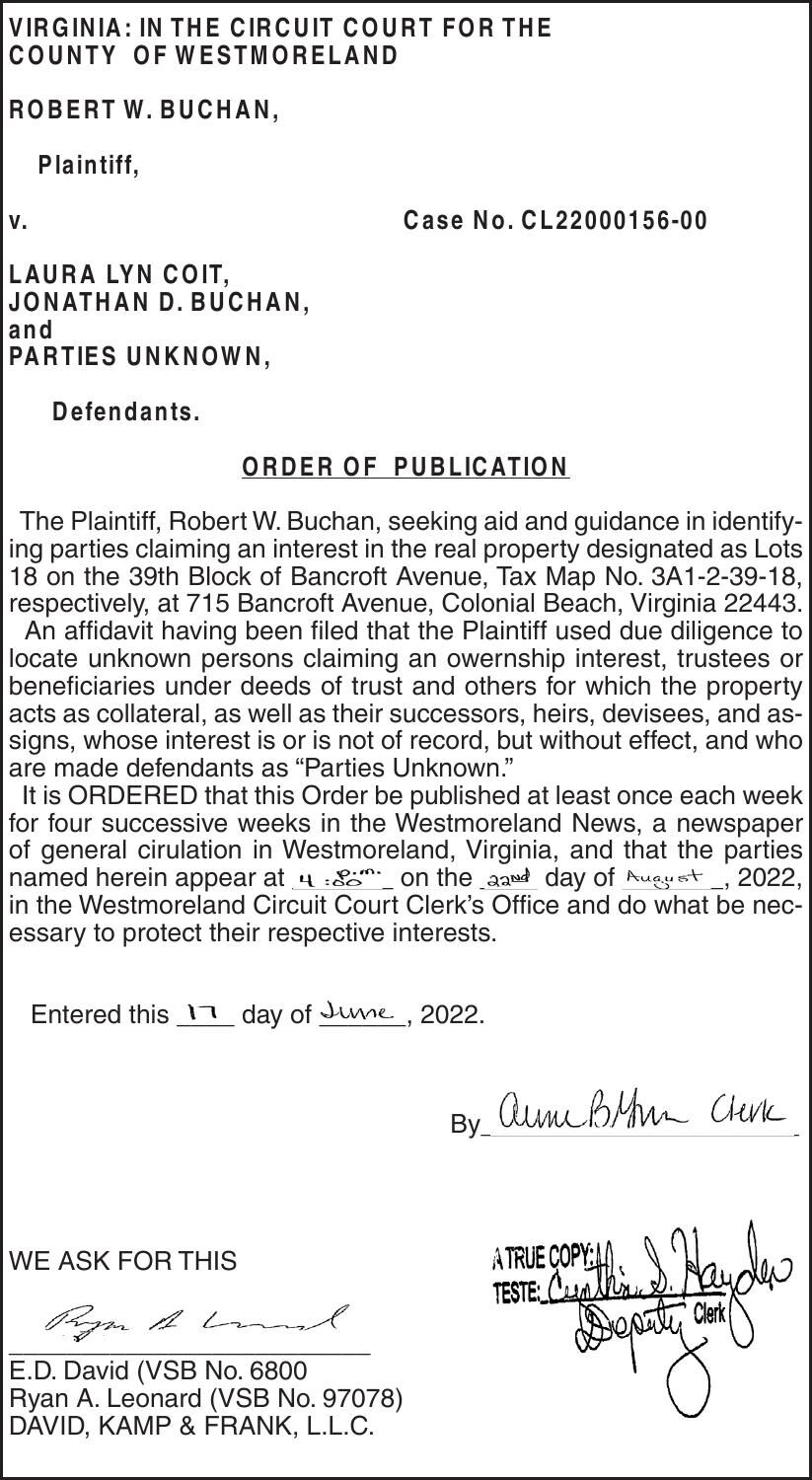 Details for VIRGINIA: IN THE CIRCUIT COURT FOR THE